Active for over 40 years, Eliane Radigue is considered by many a pioneer in electronic music, using synthesizer and tape to create pieces of long duration and deep contemplation. By reducing her compositions to a few sound events that gradually appear, overlap, recede, and oscillate in critical frequencies over long periods of time, Radigue produces a hyper-attentive environment in which each sound is maximally charged. Space and time seem to deform and dissolve. Sound becomes a door into a world beyond.

A student of piano and harp, Radigue was already composing music before she heard a broadcast by musique concrète founder Pierre Schaeffer. She became his student shortly thereafter in the early 50s, and also worked as an assistant to Pierre Henry, during which time she created some of the sounds that appeared in his work.

She created her first synthesizer-based music in 1970-71, while working at the New York University School of the Arts. At this stage, her goal was to create a slow, purposeful “unfolding” of sound, which she felt to be closer to the minimal composers of New York at the time than to the French musique concrète composers. But it was her move towards explorations with the Arp synthesizer and recording tape that began garnering considerable attention. After presenting the first of her “Adnos” pieces in 1974, it was suggested that her music was deeply related to meditation and Tibetan Buddhism, which she proceeded to explore thereafter while stopping to compose music for a while.

When Radigue took up her career again in 1979, she continued to work with the Arp synthesizer, which became her signature instrument. She composed “Triptych” for the Ballet Théâtre de Nancy, “Adnos II” & “Adnos III” (1979-80) and began the large-scale cycle of works based on the life of the Tibetan master, Milarepa. In the early 90s, she devoted herself to a singular three-hour work, the “Trilogie de la Mort”, also influenced by Tibetan teachings. She composed her last electronic work, “l’Ile Resonante”, in 2000.

In response to the demands of musicians worldwide, she has begun creating works for specific performers and instruments together with electronics, and has dedicated herself to works for acoustic instruments since 2004. [Source] 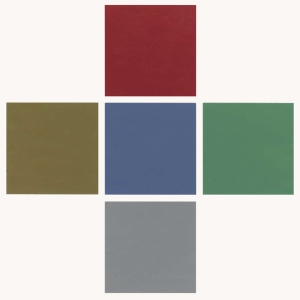