Last month, Clark announced an EP of new tracks from his Iradelphic release and gave us “As the Circle Closes,” but there was no word on when the rest of the material would become available. Today, we get a free download of the second song from the EP, called “MFB Skank.” It’s a weird, driving number that is much different that the previous track. It was made available in anticipation of Clark’s appearance at Bloc 2012 next weekend, and will only stay up until July 13. [Source] 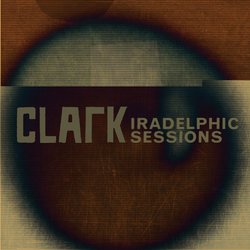