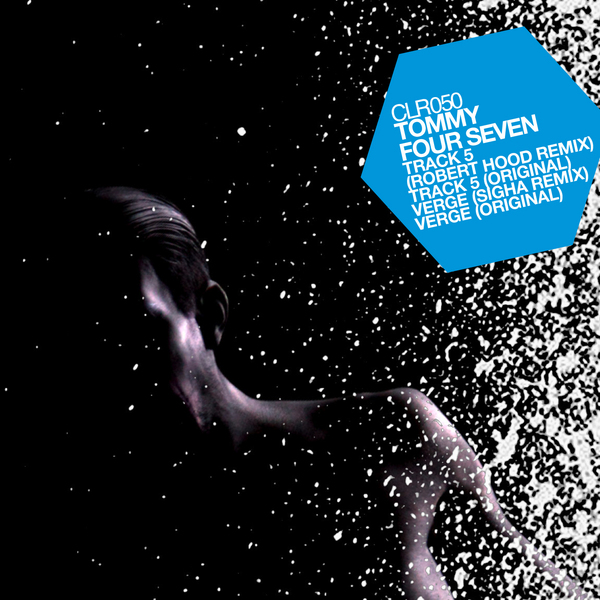 CLR is celebrating release number 050 with another impressive remix package. It features two remixes of two different tracks from Tommy Four Seven´s recently released debut album “Primate” (CLRCD010). For this occasion, none other than one of the undisputed founding fathers of Detroit Techno and Minimal Techno, Robert Hood, and the genre-bending Dub-Techno pioneer Sigha have come to the table and have delivered two massive remixes of those highly innovative tracks by the British born, Berlin-based producer. Also included in the package are “Verge”, the original track remixed by Sigha, as well as another original track by the name of “G”. To understand why this is a truly memorable release, one has to know that Tommy Four Seven’s approach to music is unlike a musician. Instead, he prefers to sound design, recording and sculpting elements into deep engaging atmospheres. “Primate” is a vivid example of this extraordinary production ethos. The quality of those remixes, which give a good impression of both of the remixers´ trademark styles, pay full respect to the unorthodox production technique of this up and coming CLR artist. CLR 050 features remixes by two renowned artists from two generations of techno production, celebrating the work of one of the most exceptional and promising young artists in the scene.