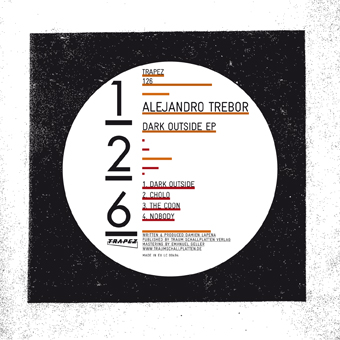 A. Trebor also known as Alejandro Trebor is an upcoming French artist who is associated with artist such as A.Mochi, Audio Injection, Pfirter, Perc, Alan Fitzpatrick, Joseph Capriati etc. The debut release on Trapez includes his “Dark Outside” track featuring Gracie’s vocals, which impresses by its nice fusion of bolder kicks an big basslines meeting lush noise sounds and small tiny percussion, giving it a real cool understatement. “Cholo” on the other side works with a percussion not unlike early Richie Hawtin “Plastikman” releases… and builds up atmosphere nicely through feedbacks and noise. The third track “The Coon” builds up nice spaces within this pounding techno track which you can sneak into and use as a shelter. And “Nobody” works with occasionally stunts but keeps an understatement similar to the other tracks. 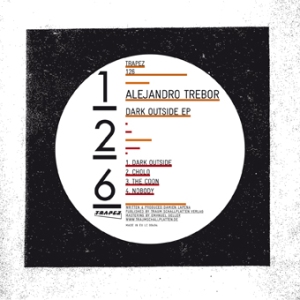