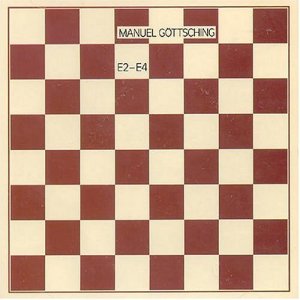 Manuel Göttsching is a pioneering guitarist, electronic musician and composer with a career spanning over 40 years.

First known in the early 70s as a founder of the German cosmic rockers Ash Ra Tempel, Göttsching earned a reputation with his atmospheric and delicate guitar work. Initially including Klaus Schulze as well as Hartmut Enke, Ash Ra Tempel’s spaced out explorations deconstructed the architecture of rock music, alternating between transcendent and shambolic tendencies. In 1975, -Göttsching’s solo debut Inventions for Electric Guitar opened new doors for playing the electric guitar, establishing a tonal vocabulary that remains highly influential to this day. In contrast, his following album, New Age of Earth, was a compos-ition for keyboards and synthesizers.

In 1977 Ash Ra Tempel was reborn as Ashra, with Göttsching at the helm, and featuring a more controlled approach than its predecessor. A string of accomplished albums covered ground between jazz, rock, disco, and ambient music, always striking a balance between guitars and synthesizers. Göttsching’s most -decisive and enduring work, however, was recorded in late 1981 and only released in 1984. E2-E4 is a masterpiece of economy. Its hypnotic, treated synth and drum machine loop morph and unfold gradually over an entire first side of the album without ever losing focus. Side two continues with Göttsching’s unique guitar play, which integrates unpretentiously into the overall sound. With its stringent funkiness and minimalist sonic precision, the album became a touchstone for much of the electronic dance music that would later emerge from Germany and internationally. Meanwhile, E2-E4 is also recognized as a unique and important step within minimal music as conceived by -Terry Riley and Steve Reich.

Göttsching has remained active throughout the years, also composing music for theatre and film, occasionally revisiting and reinterpreting older works, and maintaining his position as an elder statesman of kraut-rock, cosmic, and minimal music. He graced the cover of The Wire in December. [Source]