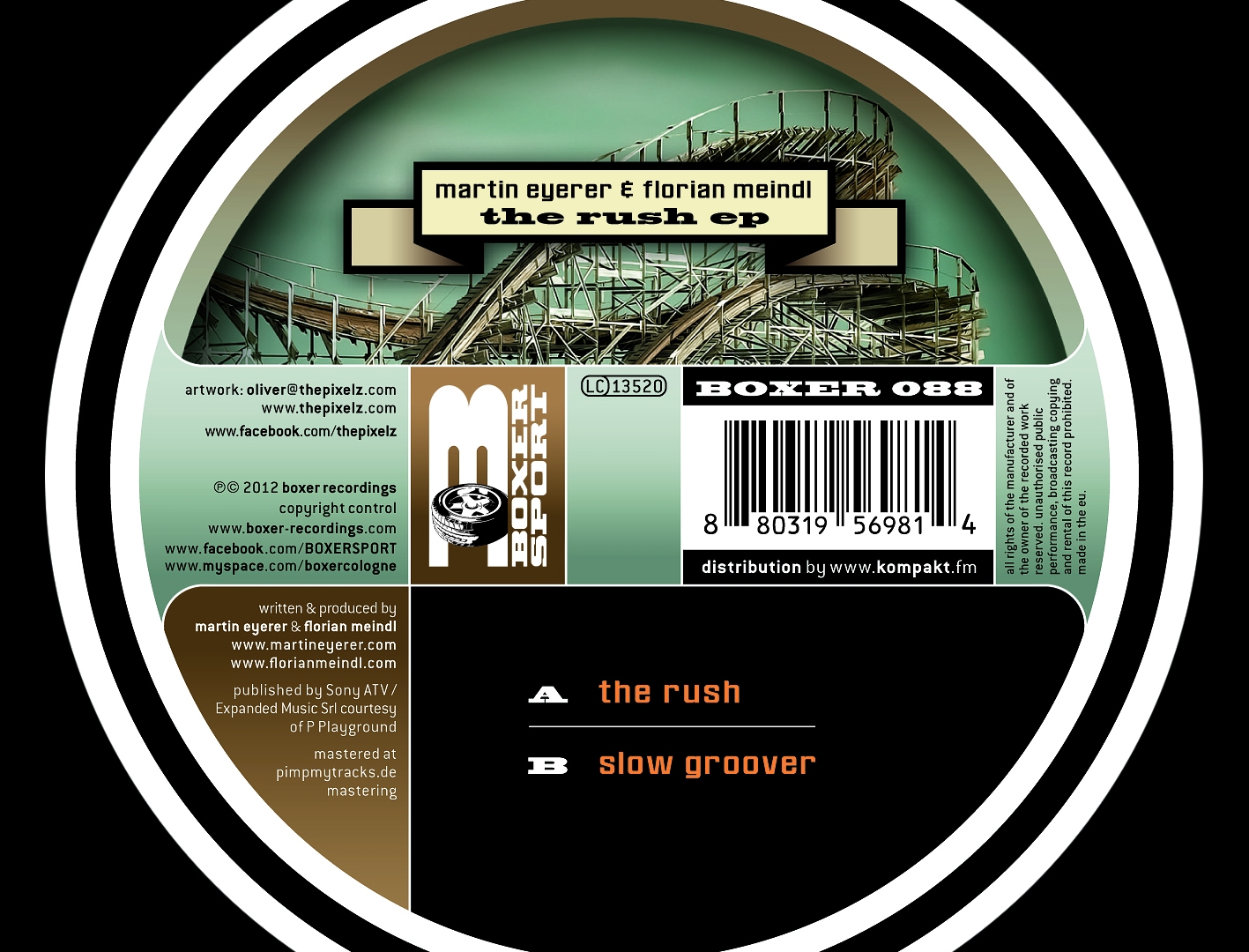 For the Boxer jubilee, we have organised a top-class heavyweight fight: Martin Eyerer, head of Kling Klong, and Florian Meindl, chief of Flash Recordings, have entered into the boxing ring for a two-round title fight: In the first round, The Rushsupported by tactical advice given by the traineris a fast and merciless series of left jabs followed by sappy, powerful uppercuts and hooks that leave the opponent completely unprotected. Gong After a short break, the referees gives the command box, and the showdown starts again: “Slow Groover” is as light-footed as Muhammad Ali at his best: always on its toes, full of grace, and with surprising and powerful left-right punch combinations that often end up in a clinch. And with resounding applause, a technically ambitious two-round fight is over, and there are no losers, only winners. So, raise your fist, get your boxing belt on, and meet you on the dance floor. [Source]