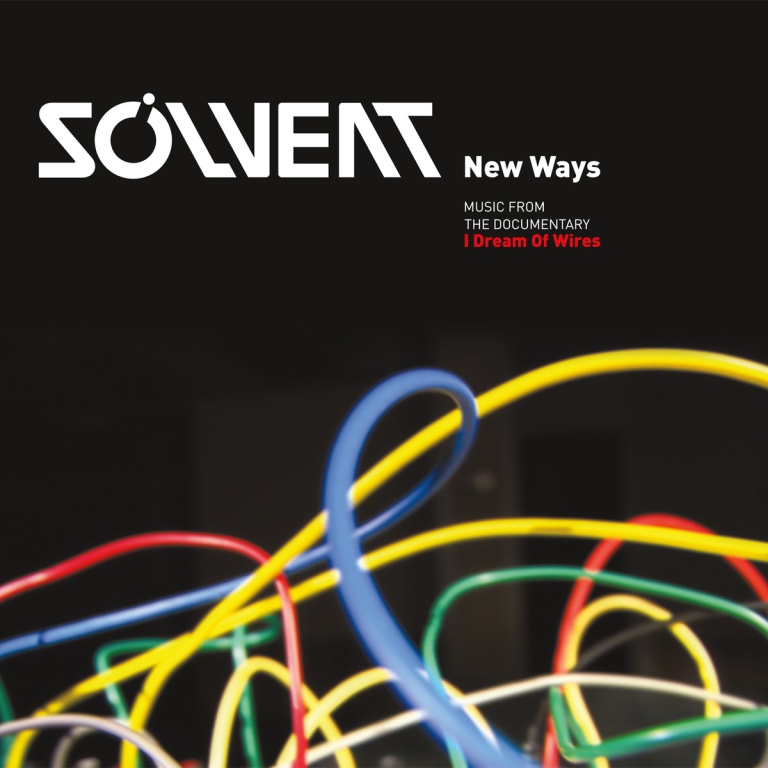 Suction Records is pleased to announce the release of Solvent’s sixth full-length LP, New Ways: Music From the Documentary I Dream of Wires. Solvent is the venerable recording alias of Toronto’s Jason Amm, and after more than a decade of releasing music through esteemed labels Ghostly International and Morr Music, New Ways marks the return of Solvent to his own Suction Records label, his first album for the label since 1999.

For the past 3 years, Solvent’s obsession with synthesizers and electronic music has taken him on a new path, a journey deep into the world of modular synthesizers. Serving as producer, co-writer and interviewer for I Dream of Wires, a documentary about the history, demise and resurgence of the modular synthesizer, Solvent’s Jason Amm has played a pivotal role in creating one of the most talked-about and revered electronic music documentaries in recent years. Currently making the rounds (on Blu-Ray/DVD) is the 4-hour Hardcore Edition cut, with the theatrical cut of I Dream of Wires set to premiere in the spring.

Before he came on board as producer, Solvent was commissioned by I Dream of Wires’ Director to create an original soundtrack for the film. At the time, Solvent’s relationship with modular synthesizers was conflicted. Of course, he had long been lured by these elusive, esoteric machines, but was also weary; he wondered if these instruments would be a step away from music making, towards a lifetime of expensive, obsessive tinkering. So many electronic musicians have fallen into the modular “black hole,” never to be heard from again…Solvent took on the soundtrack LP as a challenge; determined to expand his synthesis palette with the new possibilities of modular, but with a firm focus on completing a body of work. The result is New Ways, heard prominently throughout the film, and created, programmed and composed entirely on modular synthesizer systems. Through some generous loans, Solvent was given access to several large-format modulars during the course of the album, including a classic vintage Moog System 15. But the real revelation came from his own newly-acquired, contemporary Eurorack system; for the first time in many years, Solvent found himself thinking outside the “vintage synth” box.

The album title is not only a continuation of I Dream of Wires’ nod to Numan. New Ways also pertains to Solvent’s all-new modular synthesizer toolkit, introducing many new forms of synthesis to his arsenal of electronic sound. In many ways, the modular synthesizer caused an artistic reset, bringing Solvent’s sound full-circle; as on his late-90s Suction Records albums, New Ways doesn’t revel in the classicist synthpop motifs or vocoder-pop of Solvent’s Ghostly catalog, but instead on focusses on making strange sounds sing. New Waysis Solvent’s return to instrumental, headphone electronica. From the harsh, IDM/hiphop hybrid of Burn The Tables, to the Radiophonic menace of Sender, Solvent showcases the modular synthesizer as perhaps the ultimate tool for noisy, alien soundscapes. Alternately,Solvent’s penchant for sweet, heartbreaking melodies can be heard clearly alongside the intricate modular sound design on standout cutsKing Vincent, Pattern Recognition, and LPGs Over Hawaii. New Ways also includes I Dream of Wires’ theme song, Themogene, a soaring piece of epic synthesizer minimalism already heard by the 250,000+ people who have seen the documentary trailer to date.
credits
released 11 February 2014