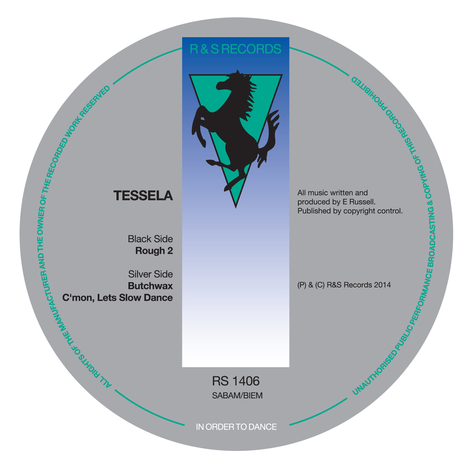 Tessela has a new EP on the way called Rough 2, due out in July on R&S Records.

2013 was a landmark year for Ed Russell. In addition to appearing in our Breaking Through series, he released two bowel-shaking 12-inches: Nancy’s Pantry and Hackney Parrot (the latter of which came in at number two in our top 50 tracks of 2013 poll.) While Hackney Parrot was released on Russell’s own label, Poly Kicks, Nancy’s Pantry marked his debut on esteemed Belgium-via-UK imprint, R&S.

Russell’s next release, Rough 2, will see release on July 14th. The title track has been floating around for a while now: Créme chief DJ TLR included it in his FACT mix in November last year. It’ll be joined by two other cuts, “Butchwax” and “C’mon, Let’s Slow Dance.” Perhaps unsurprisingly, the press release is littered with words like “unhinged,” ” disorientating” and “frenetic.”