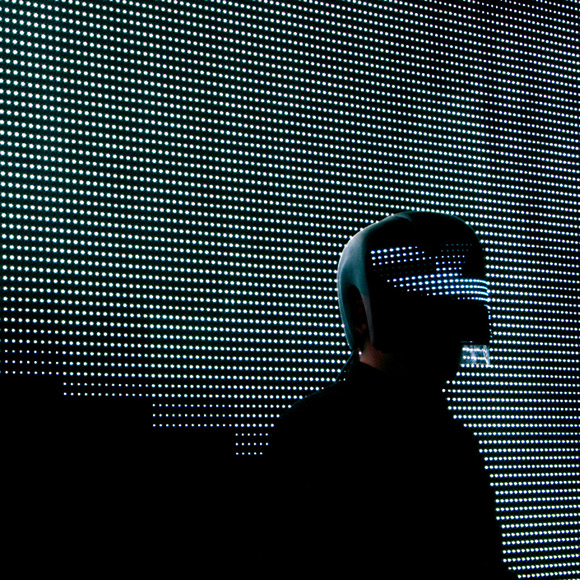 Squarepusher on Dark Steering: “For a while I had apocalyptic nightmares about trails of nuclear missiles in the night sky. So I aimed to recreate that strange combination of exhilaration, terror and sadness both visually and emotionally through this piece. It lead to the idea of a spacecraft leaving earth at vast speed to escape, but oddly the music also made me think of it flying through a library. So I generated the visual aspect such that, as the piece progresses, it seems as if the viewer is ever accelerating through massive corridors of books.”