The exclusive Beatport release of the first single, ‘Hook,’ fromJoachim Garraud & Alesia‘s new collaborative EP, Hillside West, due out on Dim Mak next month. Teaming up with the fresh new French trio, Alesia, has proven to be a great influence on this new single from Joachim. Utilizing his mastery of Electro and Techno, Joachim also developed new Progressive and Dubstep influences into Hillside West, and the anthemic synths married with grungy, almost Skrillex-esque womps deliver a side of Joachim’s production that has never been heard before. With support already in from Axwell, Bingo Players, Angger Dimas and more, I’m sure that we’ll be hearing this a fair amount during festival season. Pick up ‘Hook’ on Beatport today. [Source] 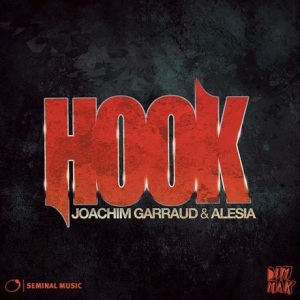